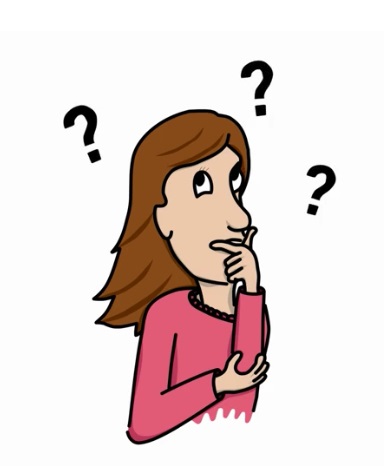 How does the tense you use change your writing?

As a wordsmith, I find language a fascinating subject.

If I had a super power, I’d want to speak every language.

I happen to have been born in the UK (Wales, in fact), to English parents, so I was raised speaking English (apparently I could also understand Welsh as a toddler, but I’ve forgotten it now!).

As a native speaker, we often don’t notice the nuances of the English language, we speak as we are taught and rarely need to learn the mechanics of the language – unless, for example, we are teaching it as a foreign language.

I did a TEFL course (Teaching English as a Foreign Language) a few years ago and came to realise that English is a messy language! It is also the language with the most words.

For anyone learning English for the first time, the tense and order of words can be confusing. It doesn’t seem to follow the logic of many other common languages. 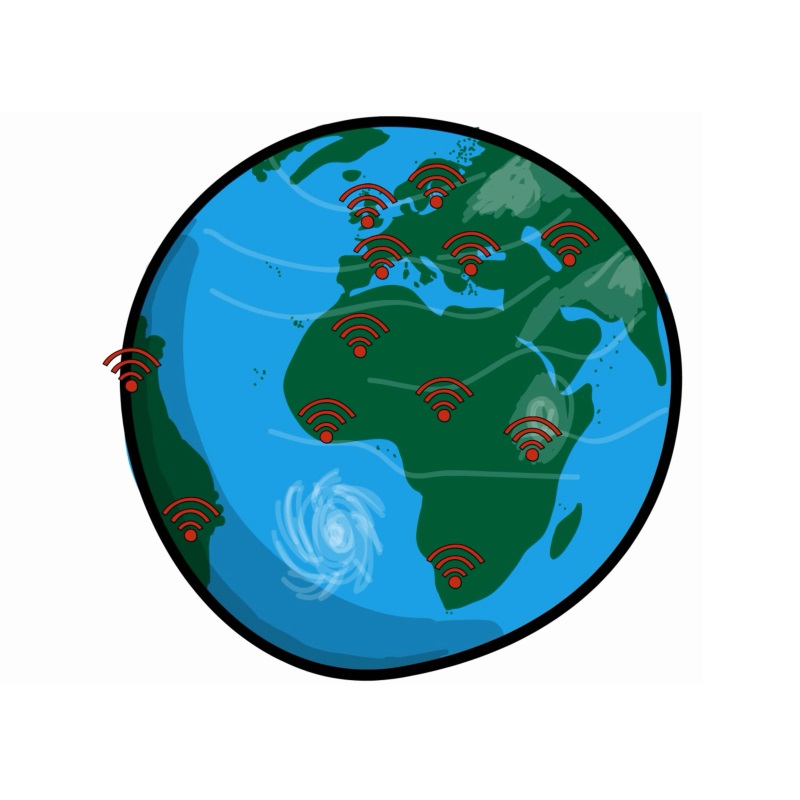 The nature of our place in the world means that throughout history our wet little island has been a melting pot of cultures. Through millennia of trading, invading forces (Roman, Viking…) and the British Empire as an occupying force, spreading its language and culture around the world.

More Words Than Any Other Language

Consequently, we have adopted many words into our vocabulary. English has more words than any other language.

English is, however, a versatile language.

It is less constrained by the rules of other languages, while at the same time having phrases, forms of words, silent letters and changing character sounds that seem to make no sense.

It features words that have many meanings, or double-entendre’s (to use another French word we’ve adopted!).

A Spanish friend once asked me why ‘knife’ is spelled with a silent K, and the only answer I had was, “because English is a stupid language”!

Words Have Many Meanings

There are words spelled the same, yet pronounced differently like, ‘polish’ (as in, to buff a surface to a high sheen) and ‘Polish’ (the noun to describe a citizen of Poland).

In fact, is it ‘spelled’ or ‘spelt’? Both are correct. Spelt means to spell but it is also the name of a type of grain! (Confused, much?)

While at the same time, having phrases and sentences that still make sense, even when they are said in a different order in a sentence.

Think Master Yoda, who speaks with adjectives, verbs and nouns in a different order in the sentence, yet it’s still possible to understand him, because of the emphasis in the sentence. 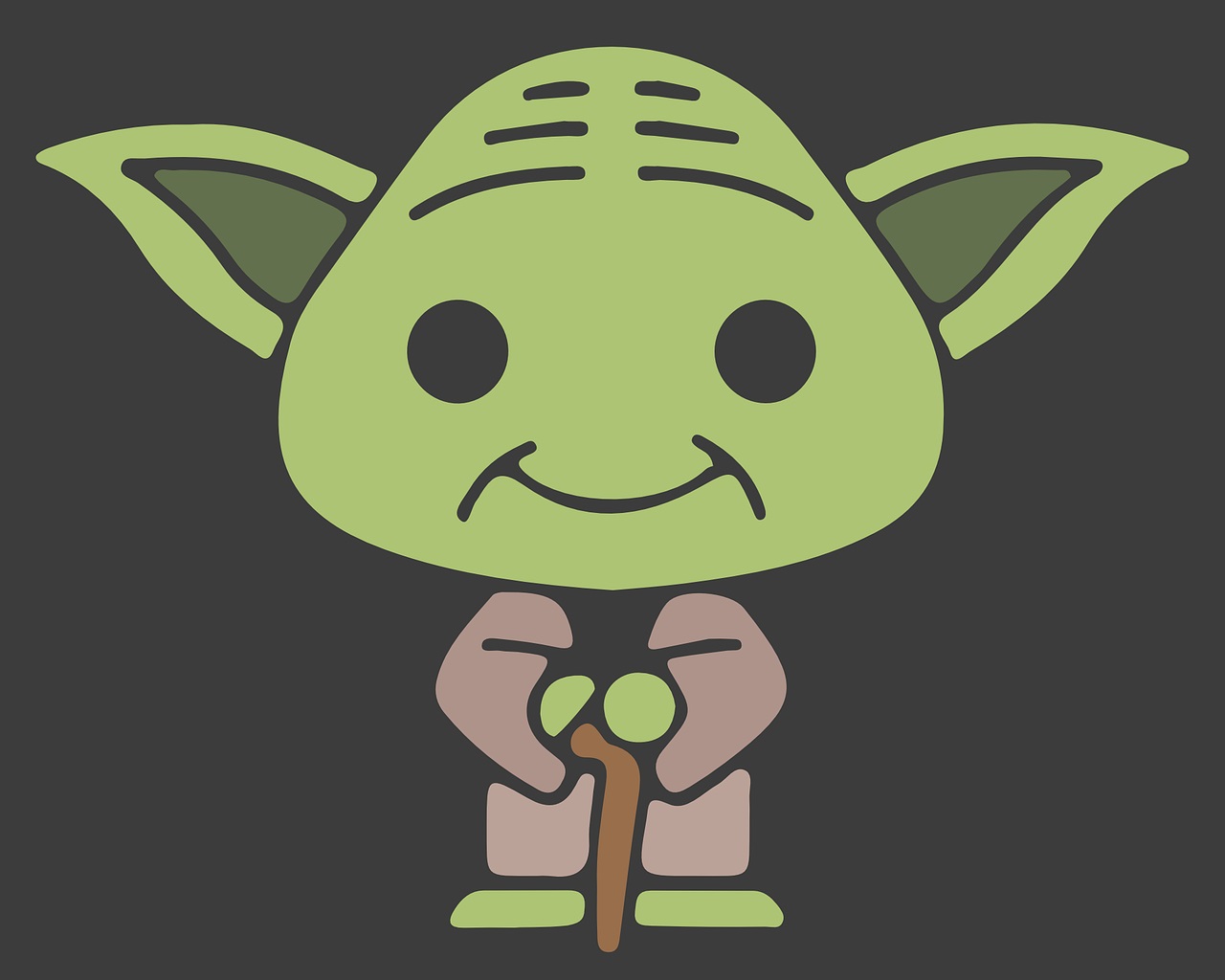 To be gramatically correct it should say:

Both forms make sense and have the same meaning, but Yoda’s version sounds wise and thoughtful – rather than gramatically inconguent!

There are rules in English about the tense in which a verb (action word) is used and how this affects other words in the context of the sentence.

The Wisdom Of Yoda

The English language is made up of a complex mix of tenses that native speakers use instinctively. We structure conversation using a combination of tenses that change the meaning, impact and action of the verb.

The tenses fall into three categories:

Continuous (continuing to happen into the future)

If you want to convey something that has already happened, you would use a ‘past tense’. For example:

“I have been to the shop”

If you are communicating something happening right now you would use a ‘present tense’. For example:

If you are communicating something that has started happening and is continuing to happen you will use ‘continuous’ tense i.e.: add ‘ing’ to the verb. For example:

“I am going to the shop”

How does this impact your blogs?

You’ve let the words flow and you’re reviewing what you’ve written. Yet somehow, it feels a bit flat. It’s wordy or stodgy, the pace isn’t flowing. You just can’t identify why.

You’ve trimmed it, clipped it, cut and pasted bits and swapped it around, but it has no energy.

You’ve gone from feeling accomplished and satisfied for having written something, to being frustrated that you haven’t got it right.

The tense you choose to write from changes the action, pace and impact of your writing. It can also affect the number of words in a sentence.

We inadvertently make our writing more passive by cluttering it with unnecessary words and mixing our tenses. By changing the form and reframing the components of the sentence we can liven it up.

Are you walking or not?

Say, “I walked” instead.

Just glancing at the words, you can see there are less of them.

This is a simple example of how playing with the verb can change the feel of the statement and the length of a sentence.

This creates impact and speeds up the writing.

Long luxuriant, sentences, with lots of punctuation; such as commas, semicolons, dashes and conjunctions – like, and or, but – all add to the length of the sentence and ultimately the time it takes the reader’s brains to process all the components of that sentence and make sense of all those superfluous words and all that punctuation.

See what I did there? Did you feel that?

I then used a long, rambling sentence with lots of words.

Did you feel yourself speeding up and slowing down?

I also repeated the word ‘all’ in the longer sentence and added lots of punctuation.

Were you exhausted after reading that long sentence? It was a lot to process.

The best writing says a lot with few words. 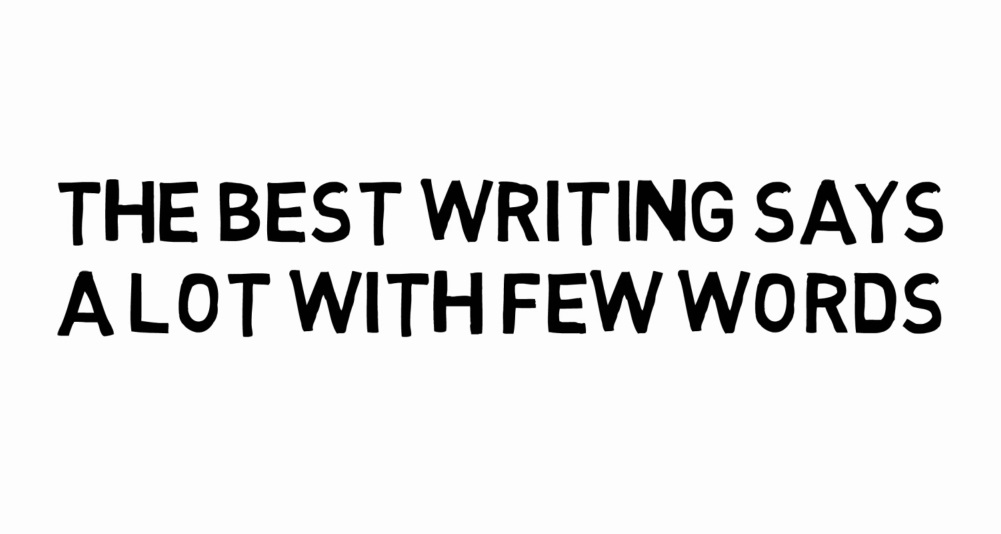 6 Questions to Ask When Editing Your Writing

Here are 6 questions to ask when editing your writing, to make it less ‘in-tense’ (how’s that for a double-entendre):

Great businesses start with great writing, because if you can’t communicate what you do to a stranger, how will you communicate it to your customers?

If you don’t tell people about what you do, how will they ever know?

“The success of every business depends on its ability to communicate with clarity.” (Tweet This)

How can you improve your writing to grow your business? 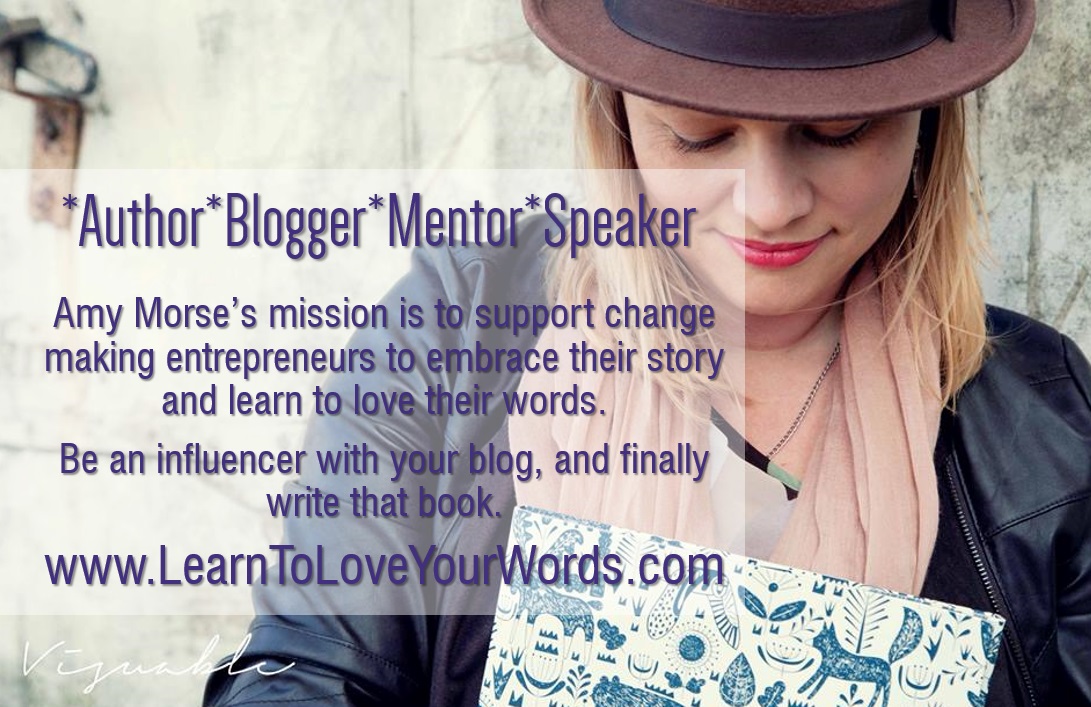