Home » Inspiration » A Rant About Single-Use Plastic – Who Will Take A Stand And Make The Difference? 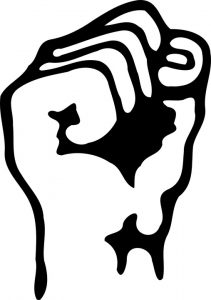 In fact, I’m livid with all our major UK grocery retailers.

I went into Asda last week for the first time in months.

Since lockdown, our shopping habits have completely changed.

We’ve managed to successfully avoid the supermarkets, except for occasional visits to top up on store cupboard bits.

We’ve been getting organic veg boxes from a local farm shop, and shopping locally. The family-run corner shop has never had so much business from us as it has in the past year! We even tried Hello Fresh and Mindful Chef meal boxes for a while. However, despite their otherwise excellent environmental credentials, what finally stopped us from using Mindful Chef was the amount of Single-Use Plastic in the meal boxes.

It was a busy afternoon, in Asda. Every till had a queue.

I’m glancing around at what people are buying, and have tried (mostly in vain) to find the couple of items I was after that aren’t packed in Single-Use Plastic.

I find myself getting increasingly annoyed that almost everything in that store is wrapped in plastic.

What hope do we have?

What kind of world are we leaving for future generations?

I find myself quietly muttering around the supermarket aisles that humanity deserves to fail if this is the best we can do. Possibly a little dramatic, but at that moment it was how I felt.

Put simply, we are leaving a legacy of a world choking with plastic trash and the catastrophic loss of natural habitats and biodiversity.

The willful ignorance of retailers who refuse to change. Kicking the can down the road for future generations to deal with. Passing the buck to consumers by leaving it up to individuals to make choices, but in reality, the choice is often not there anyway!

On that day, I wanted a loaf of bread. Even fresh bread cooked in store is wrapped in  single use cellophane!

Whether you believe in climate change or not, is irrelevant.

We can all see the trash in the oceans with our own eyes. Our own bins filling with single use plastics. Even if we use the curbside recycling, there is mounting evidence that so called ‘recyclable’ plastic is simply not being recycled at all. It either ends up in landfill anyway or is shipped off to a poorer country who also don’t have the resources to recycle it so it gets dumped or burned.

Whether you believe in climate change or not, it doesn’t matter, do you want to live in a world with oceans full of plastic and skies full of pollution?

We all need to take more personal responsibility, but the lion’s share of that responsibility must fall to retailers who leave consumers little choice but to perpetuate the never ending barrage of rubbish!

The Retailers Excuse – Blame their customers

What excuse do the retailers use to justify the mountains of waste they palm off on their customers?

Of course, when big retailers are talking to customers, customers will say that they want low price shopping.

Of course, they will say they are on a tight budget.

I get it, nobody wants to feel like they’re being ripped off.

But at the same time, I strongly believe that the big retailers simply use that as an excuse to compete over the race to the bottom. To boost their own profit margins at the expense of quality and the welfare of people, animals and the planet.

They couldn’t give a damn about the unnecessary waste they create.

They use their convenient assumptions about their customers to justify their blatant disregard for anything but the bottom line.

It’s cheaper to cover everything in Single-Use Plastic and ship it from all over the world where it’s been produced by people living in poverty and pollution.

For the consumers, their destructive processes are out of sight out of mind.

If we don’t see the damage this behaviour causes, it’s as if it isn’t happening.

We don’t see the results of our choices, so we simply don’t care.

It’s easy to think, “Well it’s just one piece of rubbish. One bit of plastic, it will get recycled…”

We justify our behaviour to ourselves.

We do this because it’s convenient. It’s become part of our lifestyle. We’re all busy.

But, even when you try to be a conscious consumer the big retailers are making it impossible.

How do we fight back?

We can shop locally, we can shop responsibly, we can get our fruit and veg from veg box schemes or local greengrocers – but at the end of the day there are always products we use regularly and we just can’t get away from Single-Use Plastic.

It’s infuriating and frustrating and debilitating to try and shop responsibly. To try to make a difference. There is only so much we can do as individuals.

The consumer can’t carry the full burden of this on our shoulders.

If we can rely on big retailers to do the heavy lifting, it enables us to make conscious choices.

If the only (or at least majority) options on the shelf are plastic free, the problem is solved!

We can do so much as individuals, but it takes actual conscious effort at corporate level to make a meaningful difference to the state of the environment.

I’m talking to you Asda, Sainsbury’s, Tesco, Morrisons, Lidl, Aldi, Waitrose, Co-op… And any number of other retailers.

But we can’t control the supply chains, we alone cannot tackle the problem of plastic pollution.

I suddenly felt entirely powerless as I walked the aisles of Asda. It made every small change I was making to reduce the amount of waste I create and in particular single use plastic seem utterly worthless in the face of such an enormous challenge. It was so disempowering and depressing.

Despite making a conscious effort to have zero plastic in my basket, there was no choice but to get fresh bread, made there in their bakery, wrapped in plastic.

Why pack it in Single-Use Plastic?

It was still a little warm. It had probably been on that shelf less than 10 minutes.

I tried to remind myself, those loose limes I picked up, that’s one less Single-Use Plastic net going to landfill, but the bread in plastic cancelled that out!

One Supermarket can Change the World!

It would take one pioneering supermarket to announce they were going Single-Use Plastic free and it would be a game changer.

One supermarket – any one of them – has the power to change the world.

Will one if them please have the guts to do it?

…Look for petitions. Write letters. Give them their plastic back!