It’s the fifth annual Bristol Festival of Literature from 15th to 24th October 2015, and this year we’ve done things a bit differently.

We bought the community together and established an organising committee. We collaborated.

By sharing the responsibility, by allocating roles, by recognising the skills, strengths and time each of us could contribute we’ve pulled it off and created 10 days of literary loveliness in our city.

A valuable lesson I’ve learned in the development of my own business and one that I see people struggling with all the time is the sense that because it’s ‘your thing’ that you are ‘self’ employed you somehow have to do everything yourself.

Because of financial constraints, in the early days, you probably will start on a shoestring and then tie yourself in knots with it. 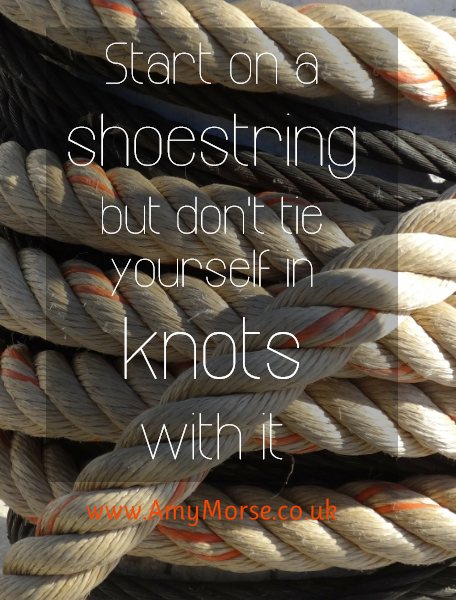 Longer term, as you get busier and as you start to come to terms with your own limitations, you have to accept that you can’t do it all yourself. I hosted a guest blog by A A Abbott in August about this: Teamwork is Dream Work

The starkest example of how difficult it is to try to do it all yourself is when it comes to marketing and promotion. Until you can break out of your own networks you will always limit what you can achieve.

This happened because of the collective efforts of a team. You need a ‘crowd’ to succeed with crowdfunding and the only way you’ll increase the crowd is by getting everyone else to bring their friends to the party. 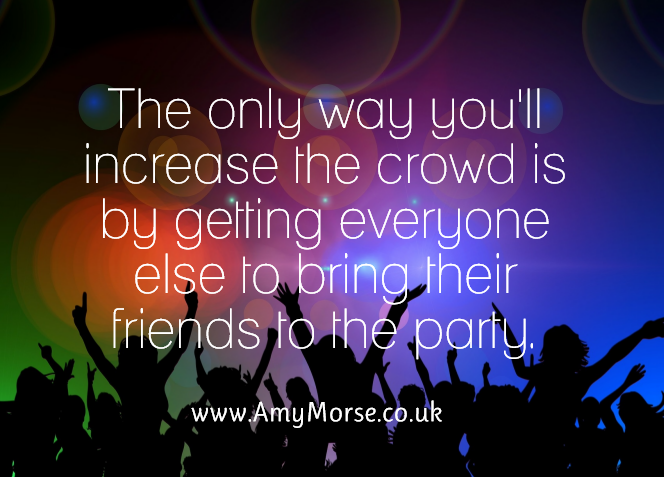 There is a diverse and growing community of writers in Bristol, with several writers groups representing and supporting writers across all genres and experience levels. There is an existing and increasingly popular calendar of literary events throughout the year and Bristol Festival of Literature brings these communities of readers, writers and the curious together to raise the profile of the written word as a form of creative expression.

Here are just a few of the groups and events already happening throughout the year in Bristol:

A highlight for me of this years festival was the 3 day takeover over the Bristol Green Capital 2015 Lab space on the 16th, 17th and 18th October. 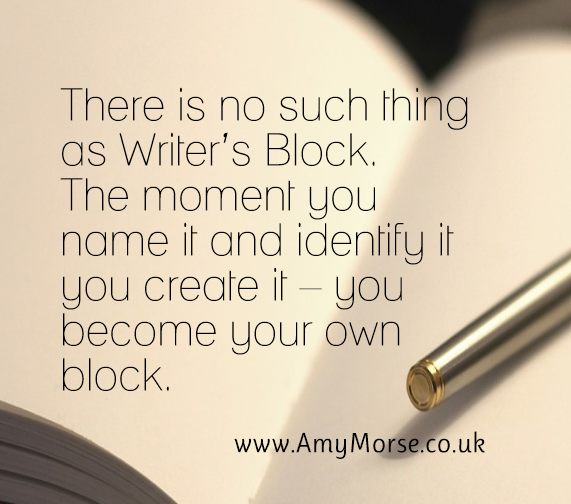 On Friday 16th we welcomed Morag Joss from Moniak Mhor, Scotland’s writing centre for a workshop: ‘Page Fright and how to overcome it.’

In the workshop Morag worked with a group of budding writers with a series of exercises designed to motivate, inspire and bust through the fear of a blank page. Morag said something that really resonated with me:

There is no such thing as writer’s block. The moment you name it and identify it you create it – you become your own block.

On Saturday 17th and Sunday 18th I hosted a book bazaar and seminars.

Writers from various groups across the city had their books for sale at a book fair and we have various speakers take to the stage.

Day 1: Saturday 17th October was all about the craft of writing and one of the speakers was Lucienne Boyce, who write a guest post for me in September on Imagination in the Archives.

Alan Summers, an award winning haiku writer wrote haiku with visitors and we displayed them as bunting around the room 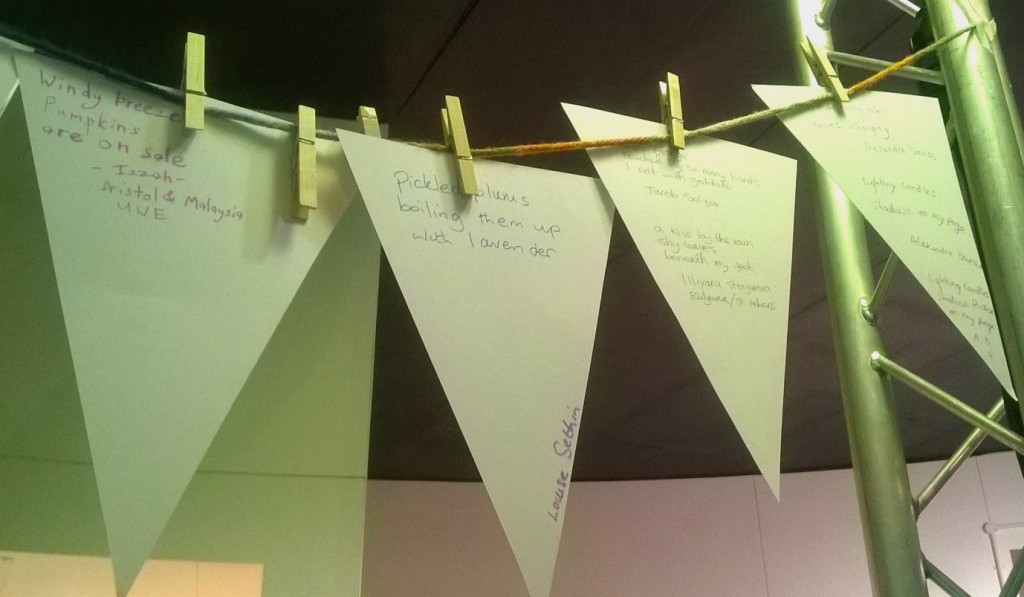 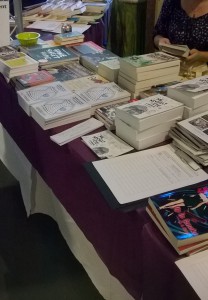 Day 2: Sunday 18th October was about the Business of Writing. 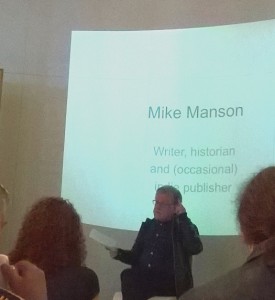 I did a talk too on having a business plan for your book.  Here are the 9 top tips I left the audience with: