I responded to a comment on a fellow writer friend’s Facebook post a while back in which someone said, “You’d have to be desperate to self publish with Amazon“. 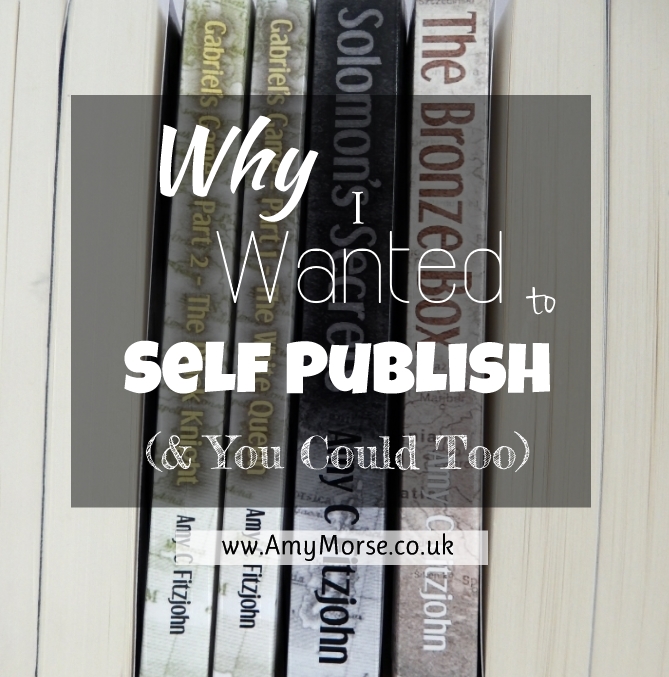 I’ve published 3 fiction novels and 2 non-fiction books on Amazon (and counting) and I assure you, it was not out of desperation – quite the opposite in fact!

For me, self publishing was a business decision and I’ve built my business around my books.

Like everything else, the book industry is changing. The freedom of the digital space has allowed independent authors to operate outside the confines of the traditional publishing industry like never before.

The Big 5 publishers have been accused of being too slow to react to a changing market, resistant to change and of being complacent.

Ultimately, I’d like to be taken on by a big publisher, but not in order to be published, and not yet. I want to be approaching them from a position of proven publishing success, something they can help me to amplify and build on.

There’s never been a time in history of greater freedom for writers, whether it’s the immediacy of publishing through blogging and creating web content or being able to self-publish.

When I completed The Bronze Box in 2012 I researched the different options available to get it onto the shelves, digital or otherwise.

I quickly realised I would struggle to put a convincing business case to a traditional publisher to take on my book because I had no credentials as a writer. I’ve never won any competitions (I’ve not entered any!), I had no previous work I could put my name to, I couldn’t prove I had a following of readers and fans, I don’t have any friends or contacts in the publishing industry and I’m not a celebrity.

I was under no illusions; being taken seriously by a traditional publisher was unlikely for me.

That wasn’t going to stop me. Gone are the days when self-publishing was the last resort of vain writers who weren’t good enough to attract a traditional publisher.

There are pros and cons to both self-publishing and traditionally publishing your book.

You need to make a decision in the best interests of your business and career goals. 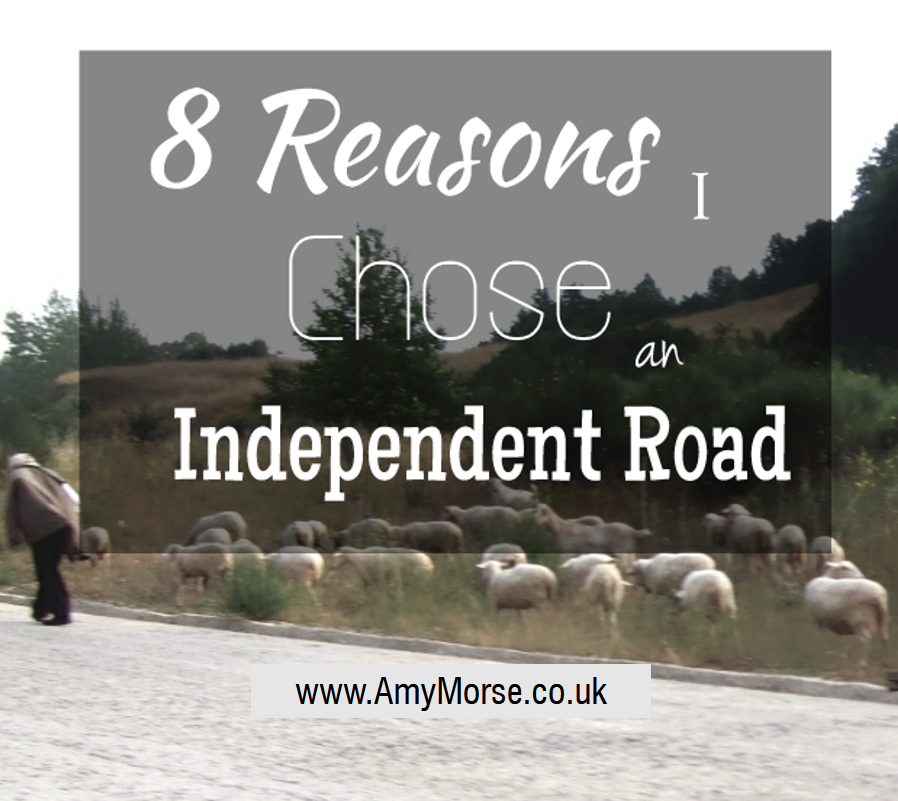 Here are the 8 reasons I chose an independent road:

1) I wanted validation and social proof

I needed to get some credentials as a writer, I wanted some feedback and to build up an audience.

2) I wanted something I could build a business around.

I’d been part-time self-employed for years. Publishing books gives me the freedom I crave. My goal for the future is to be able to live and work anywhere I want to, to be beholden only to myself – but I also like life’s little luxuries. Trudging around carrying my life in a backpack, relying on the hospitality of others and staring longingly into the windows of restaurants knowing I could never afford to eat there, is not enough for me.

3) I wanted to keep the profit.

I have several traditionally published writer friends who’s royalty cheques are so minuscule they might as well not have bothered. There is a long-held belief that traditionally published authors have all their marketing handled by their publisher. This simply IS NOT TRUE and NEVER has been! Yes, a publisher will do a certain amount, but in an increasingly competitive marketplace, their budgets are even more squeezed. Yes, it gives you a boost and help to have others on your side with connections, but you still have to take responsibility for your own marketing if you want to be a successful writer. It is in your best interests to take this seriously and do everything you can to market your own work. Better sales, means more likelihood of better publishing deals and more money in your pocket. So, I asked myself; hang on, if I’m doing most of the work, how come the publisher gets most of the money? I’m willing to put in the work, but I want to reap the rewards of that myself.

4) I wanted some control over the pricing of my books.

There has been an ongoing dispute between top publishing houses and Amazon about the pricing of eBooks. This report by Authorearnings.com discusses how big publishing houses artificially inflate prices to the detriment of authors and themselves because their motivation is not to serve their customers (readers and authors) but to try to damage their competitors (Amazon). Self-published eBooks are outselling traditionally published eBooks on Amazon because independent authors set their prices. Having control over the pricing means I can run and control my own marketing campaigns.  (Read the report HERE)

5) I wanted to get the book out quickly.

By doing it myself, I can respond to the market and set my own lead times. I don’t have to spend months querying agents and publishers, then more months re-writing the book to suit the publisher’s requirements. Before I know it, years of my life have sailed past and I still don’t have a book out. I wasn’t prepared to put that much of a brake on my career and business goals.

6) I wanted to maintain creative control.

It’s my book, dammit, I want to maintain control over the story, the structure and I want to own all the rights to it. I don’t want to be strapped into publishers clauses that prevent me from doing what I want to with my words.

It’s one thing to have a hobby, quite another to turn it into a business. I wanted a low-risk way to test the market and test myself. I didn’t know if I actually wanted to spoil my beloved hobby by making money from it.

A personal challenge is a great motivator for me. I wanted to see if I was capable of getting a book to market and selling it. My goal for The Bronze Box was to sell 1,000 copies in three years. I doubled this in half the time and it was enough to convince me I was capable of doing it and will do it again.

Although my fiction novels were ‘a success’ (of sorts) – I have also learned that I don’t ‘want to be a writer‘ for my job.

I make about £2 profit per book sale, and by making a concerted effort and dedicating time and effort into marketing I sold about 2,000 copies of The Bronze Box in the first 18 months.

I have a couple of friends who are full time (self published) authors and they make a living from it. But they can only do this by publishing at least 2 books a year and having 10+ books available at any one time. They spend at least as much time on marketing as they do on writing. You have to really love it to be that dedicated!

Personally, I make more money (and do less work) as an Enterprise Mentor, so being pragmatic about it, I would rather make a living doing something other than being ‘a writer’. Besides, I enjoy supporting other businesses and empowering people to do what they love (probably more than I like writing!)

I will still write in the future and I will still publish other books, but I don’t want to be ‘forced to write’ because I’ve signed a contract with a publisher.

Being my own publisher frees me from such an obligation and means I can dip in and out depending on what other projects I’m pursuing at the time.

These reasons seem to be common among other independent authors. I like this article in Black Fox Literary Magazine:

Selfies vs. Traditional Publishing – Which Style Fits You Best?

Self-publishing presents entrepreneurs with an excellent opportunity to build authority and influence by actually doing the one thing so many people want to do, but never do – write a book!

There is still a good deal of pomposity around self-publishing, but ultimately, as a writer, you can choose to be bitter and resentful that others had the courage to go it alone while you remain ‘undiscovered’ or you can take a risk – because business is really just about taking calculated risks – you never know, you might even make some money!